Driving Cornwall’s Tech Sector Forward: What should be done?

Have you heard about Cornwall’s high-growth tech sector?  A commonly cited Tech Nation report showed that Cornwall is the home to the second fastest growing tech cluster in the UK.

We’ve also seen an average of 22 tech startups per year from 2013 to 2015, alongside a growth in turnover of 51% between 2011 and 2015.  Therefore, it’s probably unsurprising that this local sector has been in the media so much lately!

These growth statistics look very impressive, so we decided to take a closer look at Cornwall’s tech cluster and compare it to the remainder of the top 30 tech clusters in the UK.  The findings show that overall GVA and turnover is much lower in Cornwall than many of the other top-performing clusters in the UK.  This means that there is still work to be done for Cornwall to reach its goal of providing a world leading digital tech sector.

The UK tech sector grew over 50% faster than the UK economy as a whole, so it is unsurprising that leaders of tech businesses often refer to an ongoing struggle to find skilled employees.  The 2017 Tech Nation study showed that over 50% of digital tech businesses have struggled to find skilled employees within the last 12 months and an additional 25% have described this as a ‘major challenge’.  It is commonly argued that this is the main challenge facing the sector.

Similarly, just over 60% reported difficulty in finding highly skilled workers.  This problem is set to grow in the short term as Redruth and Truro has experienced the third highest increase in digital tech jobs in the UK, with a growth of 61% between 2011 and 2015.

London and Dundee were the only areas to experience greater growth.  HMRC’s Business Services Database shows that there has been a 95% increase in digital tech jobs within London and a 67% increase within Dundee.  Dundee and Cornwall are not the only regions from outside the southeast to feature on the growth list.  Sunderland, Edinburgh and Plymouth also featured.

Theresa May’s government is working to alleviate this skills shortage by increasing the focus on digital and STEM education within schools, so that young people have the skills to sustain a strong digital tech sector. 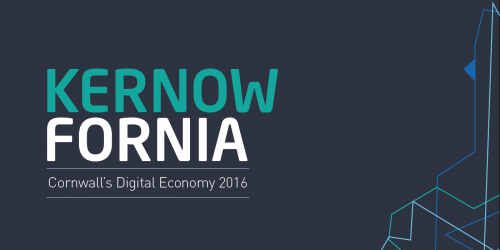 Leaders of tech businesses in Cornwall feel that they also have a key role to play in developing skills.  Our study from 2016 shows that many local tech businesses are keen to work more closely with local educational institutions to increase the level of tech education and also, to make courses more relevant.  One commented, “We have to remember that technology changes so quickly…  It’s incredibly challenging when we want them to teach things that didn’t exist when pupils started the course.”

Encouraging more women into the sector may alleviate some of this shortage.  Tech City UK recently noted that men currently outnumber women by at least 3 to 1 in 53% of digital tech businesses.

This issue is likely to require a long-term solution centered upon encouraging women to use technology from a young age and also, encouraging them to consider STEM careers.

Overall, 40% of UK tech businesses said that access to finance poses a challenge to them.  Slightly fewer businesses in Cornwall cited this as an issue – only 33%.

Tech Nation has suggested that businesses seek to harness the power of universities.  This may involve working collaboratively, sharing facilities or employing knowledgeable local students and graduates.  They also suggest that growing tech businesses consider the use of patient capital.  The Treasury is supportive of such an approach and is currently leading a review into the barriers to accessing this form of long-term finance.

Correspondingly, Philip Hamond noted the importance of the tech sector in the 2016 Autumn Statement and promised an additional £400 million investment in the form of venture capital, so that fast growing tech firms are not snapped up by larger businesses and can instead grow to scale.

Transport infrastructure needs to be developed…

Despite claims that superfast broadband is reducing the core-periphery divide, it is still the case that the most successful tech clusters are located in areas with good transport links.  As a result, poor transport infrastructure is the second most commonly cited challenge facing tech businesses in Cornwall.   A total of 53% of businesses said that this is posing a significant challenge to growth even though £132 million has been spent on rolling out superfast broadband.

Businesses still like to meet suppliers face-to-face and a 5 or 7 hour train journey can make a 10am catch-up in Cambridge or Hackney very labour intensive, and costly.  This underlines the need for good road, rail and air links to places, such as London, Cambridge, Manchester and so on.

There is a lack of affordable office space…

Co-working is important to those within the tech industry.  These spaces provide an opportunity for similar businesses to group together to pool resources and requirements.  Overall, 74% of businesses that have used co-working spaces found them useful.  This is applicable to both large and small businesses.

On a similar note, PFA Research often hears that local growth businesses struggle to find larger office space at a price they can afford.  One business owner said that the closest place that could provide what he needed was Exeter Science Park, which is over an hour away from even the north of the county.

Therefore, it is logical to suggest that public and private sector organisations in Cornwall seek to develop areas with high concentrations of tech businesses, such as the new Fibre Park.  The public case for this is enhanced because a higher concentration of tech businesses tends to provide benefits for the local economy, as a result of their association with the creation of higher skilled and higher paid employment, alongside increased levels of GVA.

A qualitative study by PFA Research showed that tech leaders in Cornwall feel that there is not yet a local industry seeking to co-innovate with local tech businesses.

Cornwall is well-known for its tourism, food, drink, agriculture and fishing sectors.  It also has a growing renewable energy sector.  This provides a great opportunity for local innovation and collaboration, not unlike the cyber-security cluster that has developed around GCHQ in Cheltenham or the military technology sector in Israel.

Cornwall’s rural location on the periphery of the UK poses a range of additional challenges to any business owner.  Despite this, PFA Research’s findings show that its tech sector is experiencing high levels of growth.

The region may not be home to large tech companies, such as Microsoft, Facebook or Google.  However, it does offer a high standard of living and access to some of the UK’s most beautiful coastline, which local digital tech leaders feel has encouraged some skilled workers and their families to move to the county.

Cornwall is no stranger to innovation.  After all, it has played host to a world-class mining sector, the invention of the steam engine and also the UK’s first street lamp.  Therefore, it is particularly likely that this growth is set to continue amidst government plans to place investment in the tech sector at the heart of its economic strategy.

This article was produced for and published in the July/August 2017 edition of Business Cornwall magazine.