The Post-Brexit Legal Sector in Cornwall

The legal sector is thriving.  It has grown continuously despite the economic and political uncertainty within the UK-as-a-whole.

ONS statistics show that it grew by £1.9 billion from 2014 to 2015 alone.  This equates to an average of 3.3% per year over the last decade, which compares to real growth of only 1.2% per year within the UK economy as-a-whole.  As a result, the sector currently contributes £25.7 billion per year to the UK economy.

How could this help Cornwall?

Organisations and individuals across Cornwall have been considering how the county can maintain GDP and employment levels following Brexit.  After all, Cornwall’s GDP is less than 75% of that of the ‘average’ EU region.  This debate has considered possible sectors for growth, along with attracting new business to the county.

At the same time, there is a very real need for legal services in Cornwall.  PFA Research’s most recent ‘What Cornwall Thinks’ survey showed that 25% of respondents have consulted or engaged the services of a solicitor within a personal capacity over the last 12 months and 14% have done so within the last 3 years. 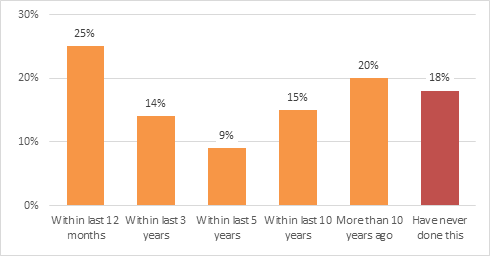 Therefore, it seems logical to conclude that growth within this sector does not only benefit those within it.  It creates benefits for the economy and society as-a-whole.

The legal sector has significant potential to aid job creation in Cornwall.  This topic is particularly relevant given the uncertainty surrounding Brexit and loss of Objective One funding in Cornwall, which amounted to €144.60 per inhabit for each of the years between 2007 and 2013.

In contrast, research by the Law Society has shown that 8000 new jobs are created and £379 million is added to the economy each time the UK legal sector grows by 1%.  Therefore, growth within the Cornish legal sector is likely to bring substantial gains to the local area.

Furthermore, Cambridge Econometrics reported that each additional job within the legal services sector supports a further 67 jobs in the wider economy.

This would indicate that supporting the growth of the legal sector within the county could help to counterbalance the predicted decline in employment and GDP that many have predicted will arise as a result of Brexit.

A recent research paper from the LSE ‘Europe in Discussion’ series argued that Cornwall is likely to suffer decline in employment and GDP when the UK finally leaves the EU.  The study found that South Yorkshire experienced such a decline following its loss of Objective 1 status in 2006.

Contributing to Net Exports within Cornwall

The Government Industrial Strategy called upon regions to consider how they will increase export levels.  Net exports by the legal sector increased by 73.2% in real terms between 2004 and 2014.  This has, undoubtedly, helped to offset the country’s balance of payments deficit.

The UK legal sector has provided a variety of evidence to the UK government prior to Brexit.  This includes findings on exit negotiation and immigration.  It has also been claimed that solicitors will be essential to the UK’s global trade following Brexit.

Furthermore, the Law Society believes that English law has emerged as the dominant business law over the last two decades.  This means that law firms in Cornwall and the rest of the UK are in a position to capitalise upon their specialist knowledge and training within this field.

PFA Research’s ‘What Cornwall Thinks’ survey asked respondents why they last needed a solicitor.  The most popular reason related to house purchase with 42% citing that this was why they last used a solicitor.  Making a will came second with 14%, with other commonly cited reasons including probate, divorce, work-related issues and financial matters.

Only 3% of respondents reported using a solicitor to help with work problems or personal injury.

This indicates that Cornish consumers require a wide range of services. 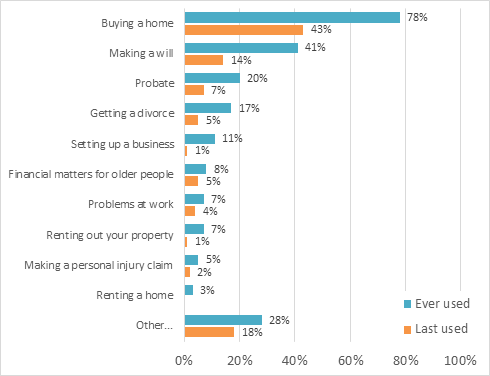 Figure 2 – Reasons for Consulting a Solicitor

Customer satisfaction is relatively low – therefore, it is important to do your research and choose a solicitor that you can trust

Figure 3 – How likely are you to recommend the last solicitor you used to friends or family?

People often turn to solicitors at some of the most stressful points in life.  Solicitors often have to deliver bad news, negotiate within tricky situations and work with a diverse range of stakeholders.  Therefore, it is unclear whether there is a gap in the Cornish legal market for a law firm that provides high-quality and accessible services to end-users or whether there are other factors at play.

Nonetheless, this highlights the importance of doing your research and finding a local law firm that you can trust.  You may also be able to draw happiness in the fact that research has shown that, in doing so, you are helping to create a stronger local economy.

This article was produced for and published in the April 2017 edition of Business Cornwall magazine.